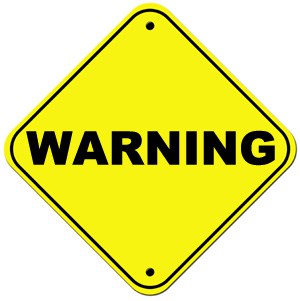 A friend introduces you to someone. First thing out of their mouth is, “Will you marry me?”

You walk in a new restaurant. The owner greets you with, “Would you like dinner delivered to your home every night?”

What would you think? You don’t know the person your friend introduced from Adam and you haven’t even had a chance to try the food at the new restaurant yet – so it’s pretty clear your answer to both would (at best) be, “I don’t know” but more likely, “No!” They both seem pretty desperate to be asking something like that upon your first encounter, don’t they?

And so it is with folks who use (or, in my opinion misuse) the What Would Seth Godin Do plug-in and other plugins like it.

Just this morning I clicked an interesting link in Twitter and was taken to a blog I’d never visited before. And what greeted me?

Now, I’m going to give this person (and everyone else who does this) the benefit of the doubt and assume they were concentrating on things like the fact that these plug-ins really do increase your subscriber base, and having things “above the fold” gets them more attention, and so on. Those things are all true.

But none of it matters or is going to work if you appear desperate.

Just one little change will make everything all better: Have the plug-in put that message at the end of the post, not the beginning.

Then your visitors get a chance to read your post and decide if they want more. And it’s not ‘in their face’ upon arrival at your site. And you don’t look desperate, you look helpful.

P.S. The What Would Seth Godin Do plugin is a great plug-in with some really great features – despite the fact that it inserts the message at the top of the post or page. If you’re using this plug-in, you can differentiate between new visitors and returning visitors and display a different message for each. My suggestion would be to welcome the new visitors without mentioning subscribing to your feed. Just make them feel special and thank them for stopping by. Use a different plug-in to insert the subscribe message at the end of the post.