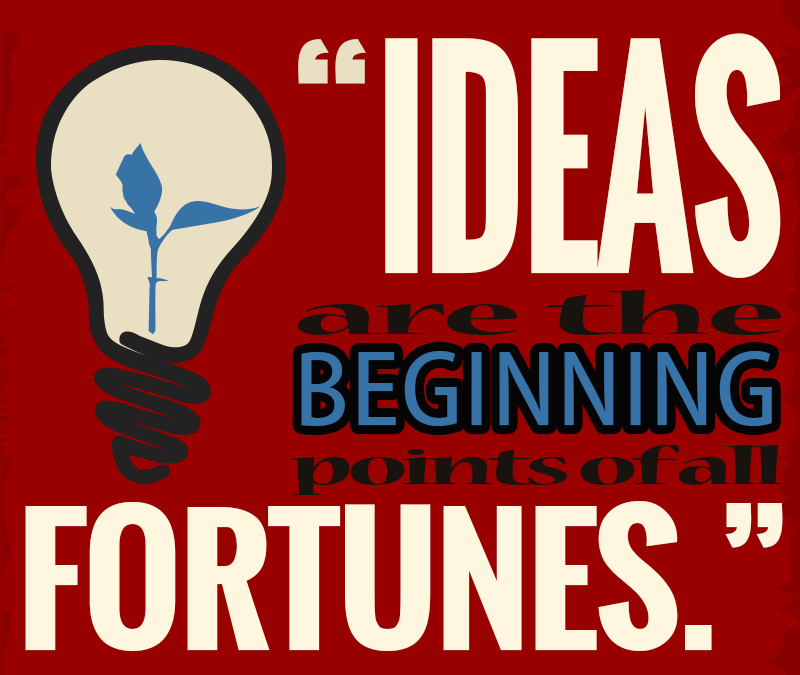 So, you want to come up with some really great, game changing ideas? Well, then you better be ready to put in some time and effort. Nothing worthwhile comes without some labor, and a great idea is no different. While most people think of creativity as sort of an instantaneous thing, nothing could be further from the truth. You see, the idea generation process is something you can learn. Then, you have to practice the process in order to get to the good ideas, and then, eventually, the great ones.

The idea generation process begins before the idea itself.

You see the best ideas resonate with a specific group of people. These people are the idea’s audience or community. The ideas that will be the most successful are the ones that solve a problem the members of the audience are experiencing. You could say that fixing a problem is an opportunity to succeed. Therefore, the best ideas are already being correctly executed even before they have been fully conceived. The problem you perceive among the members of your target audience is the first step in idea process.

The next step is coming up with the idea itself. This is not as hard as it appears. Once you have identified the problem that you want to solve, form follows function when it comes to the ideas you begin to generate. You want to produce as many high-impact solutions that you can, the more the better. At this juncture, it doesn’t matter if the ideas are crazy or bad or irrelevant. The point main point is production.

Next you want to drill down to the ideas that best address the problem you have identified. Remember, you want high-impact ideas. The more thoroughly they solve the problem, the bigger the impact the ideas will have on the target audience.

You then want to take your best ideas and convert them into projects for development. While in development, you’ll soon see that one or more of your best ideas are more feasible than the others, due to cost, size, difficulty of distribution or some other issue that was unknown earlier in the idea generation process.

The idea that is most feasible during development is the idea that you want to take into production.

Once the idea has been produced in a final, marketable format, you can begin to profit from your work. Because you’ve used the idea generation process to execute your idea correctly, your profits should more than amply compensate you for your time and effort.