Adopt and Develop a Growth Mindset to Achieve Your Goals 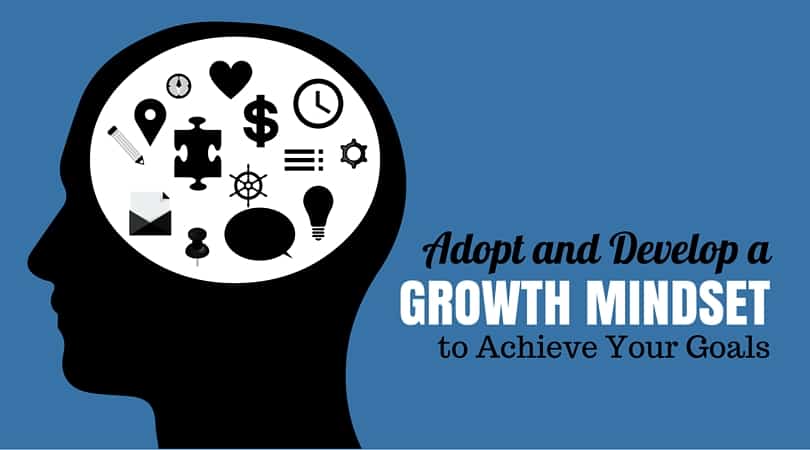 We look at other people who are successful in business and call them fortunate, well-connected, or just plain lucky. We publicly admire them, but often secretly envy them. They live life on their own terms and in their own way and seem to get what they want when they want it. They are really no different than you or I. Hard to believe, isn’t it. Well, it’s true in most cases.

A growth mindset means you:

A fixed mindset means you:

With a fixed mindset, it’s not enough to succeed. Because the fixed mindset believes you either have “it” or you don’t, success means you are pretty much flawless. And right away.

We are born with the characteristics of a growth mindset.

As babies, we learn and grow everyday. We didn’t stop trying to walk and talk because we made mistake after mistake. We kept at it until we walked and we talked.

Life happens to all of us. A million things happen to dampen our enthusiasm and drive on the way to becoming adults. Each of us has experienced setbacks, disappointments, heartaches and tragedies. Maybe what we had as infants wasn’t as conscious a choice as adopting a growth mindset feels now, but we sure achieved some lofty goals! That’s evidence that a growth mindset is what it takes to succeed and achieve our goals.